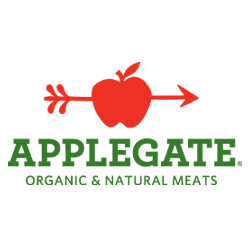 In a move signaling its continued growth, Applegate Farms announced it has entered into an agreement to expand its corporate headquarters in Bridgewater, NJ. The New Jersey-based meat company, represented by Consolidated Affiliates,  is one of the largest natural and organic food brands in the U.S. With almost $200 million in revenue and 80 employees, the company sells its products in a variety of retail outlets, from small specialty food stores to Whole Foods and large chain supermarkets such as Stop & Shop and A&P. Applegate will now occupy 29,000 square feet in the Bridgewater Towne Center office building located at 750 Route 202. The organic meat company moved its headquarters to Bridgewater in 2003. ” We used to sell 2,000 or 3,000 pounds a week; now, we sell 700,000 pounds a week. We work with 18 co-packing companies, 12 slaughterhouses, and 1,000 farms. We’re not farmers or processors or cookers or retailers. What we do is create the recipes and manage the very complex variables to ensure that everything is done on time and with the highest quality,” said owner Stephen McDonnell.